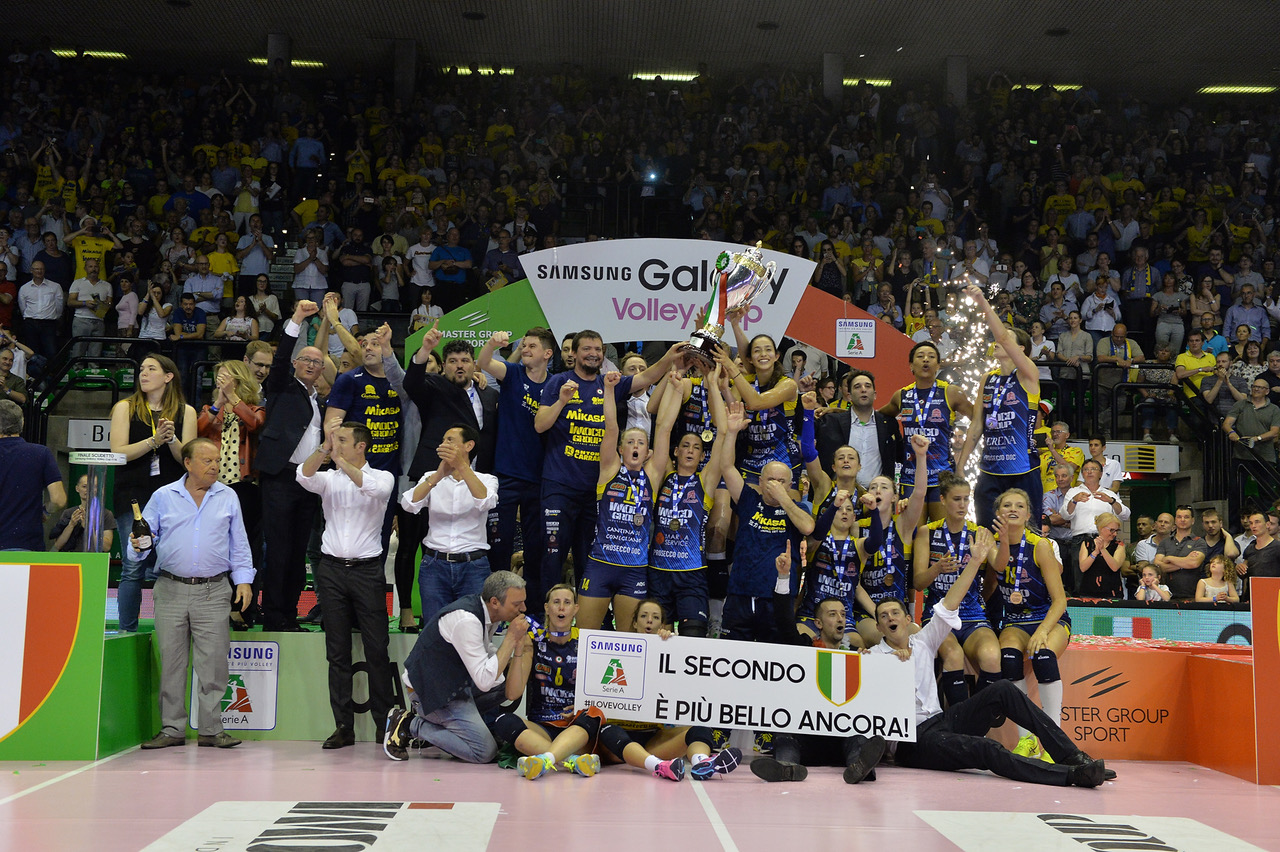 It is said that the first Scudetto is never forgotten and yet the second won by the Imoco Volley Conegliano has been able to transmit as many emotions and chills to the fans of the Club Veneto and all fans of volleyball.

A championship that the Panthers have won for playing the best volleyball in Italy in the most important moment of the season.

The regular season ended bitterly with a defeat that meant the loss of the primacy, the qualification in the Champions League 2018/19 in stand by and, above all, the lack of power to play the decisive challenges of any semi-finals and finals in the home PalaVerde. 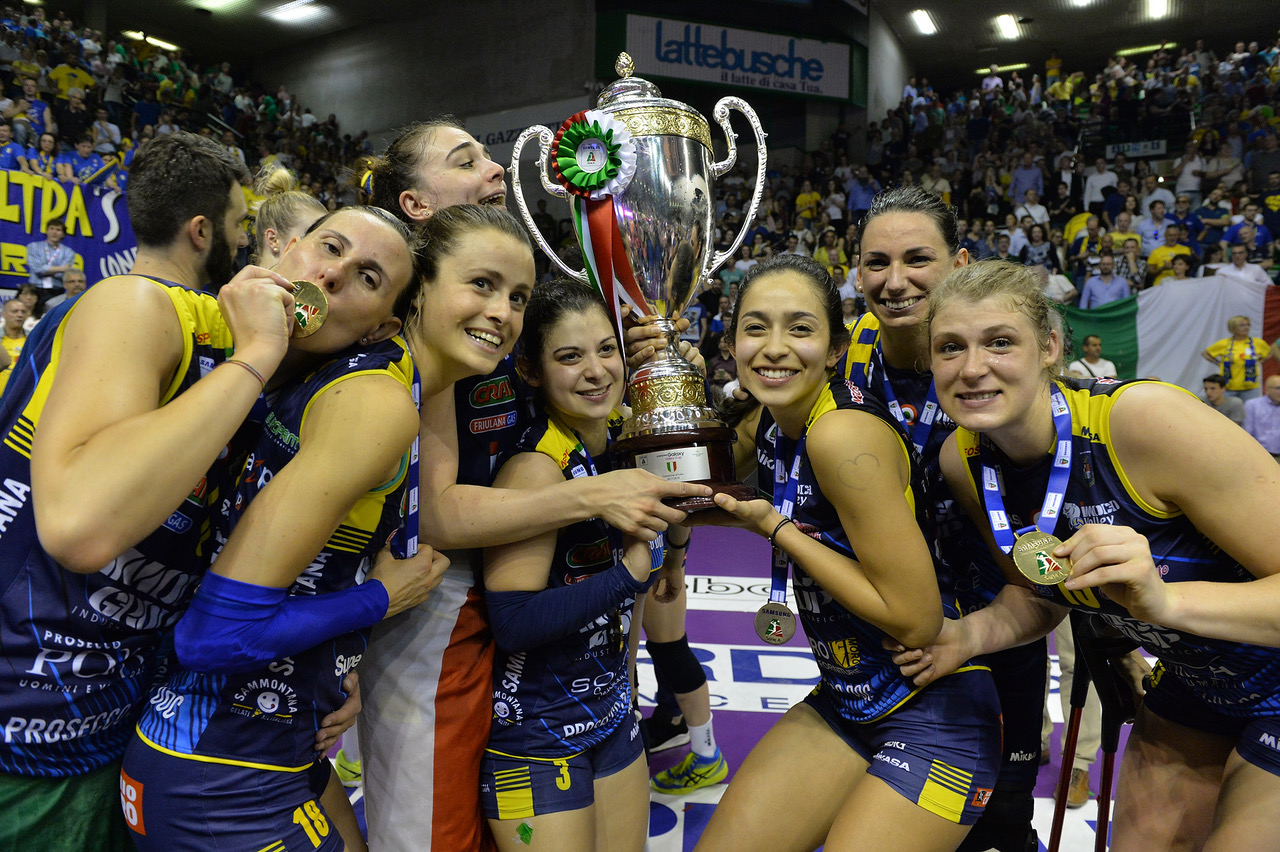 Imoco Volley played with a new determination quarter-finals and semi-finals. An agonism that has granted two sets in five games to the opponents and, which, almost forgets the absence of two players like Robin De Kruijf and Megan Easy, out for injury and cornerstones of the roster at the beginning of the season.
In the final, on the other side of the net, there was once again the Igor Gorgonzola Novara, in this season already opponent in the finals of Italian Super Cup and Italian Cup.

The series, at the best of the five games, opened with a clear home victory for the Piedmontese. The Panthers have not broken up and closed the battle for Race 2 with a win at the tie break. A match that was a balanced duel, but that Imoco Volley knew how to make his own by not giving in to nervousness. It was the first turn of this final, the victory with which Wolosz and her teammates ended their negative cycle with Novara, the first success after 4 consecutive KO.

The second turn of the series was Race 3 in which Imoco Volley blew up the field factor. A Novara, Imoco played the game of the heart especially after the bad injury to her left knee suffered by the middleblocker Raphaela Folie at the beginning of the second set. Wolosz and teammates were able to react to the last bad joke of bad luck and to shrink so much to impose themselves with a 3-0 with no right of reply.

Race 4 began with the applause of the 5344 spectators of the PalaVerde. The Panthers house, as it is well known in Italy, was the extraordinary setting of the last and decisive victory of the Imoco Volley in a match that showed how the Gialloblu players believed in their group and their strength. The show of this final championship has crossed national borders with 80 countries that have broadcast the last acts of one of the most competitive women's championships in the world.

The Final Four of Cev Champions League played on 5-6 May in Bucharest was the epilogue of the season. The pass for for the most prestigious volleyball event in Europe was conquered with 11 victories out of 12 games played. In the Romanian capital, Woloz and her teammates once again demonstrated the special chemistry existing between them. In the semi-final with Vakifbank Istanbul, perhaps the strongest club in the world, the Panthers missed access to the Gold Final for only two points, losing at the tie break 15-13 and failing to complete the incredible comeback from the 0- 2 to 2-2 of the set account.
The bitterness was dispelled, the Imoco Volley went to get the bronze medal in a match without history with the other Turkish team of Galatasaray. To embellish this second consecutive continental podium, individual prizes were awarded to Asja Wolosz as best setter and to Kimberly Hill as best spiker.